Home » News » Is a new class of painkillers on the horizon?

Is a new class of painkillers on the horizon? 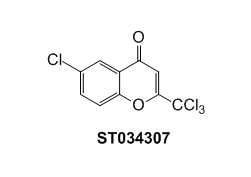 Scientists are chasing a new lead on a class of drugs that may one day fight both pain and opioid addiction. It’s still early days, but researchers report that they’ve discovered a new small molecule that binds selectively to a long-targeted enzyme, halting its role in pain and addiction while not interfering with enzymes critical to healthy cell function. The newly discovered compound isn’t likely to become a medicine any time soon. But it could jumpstart the search for other binders that could do the job.

Pain and addiction have many biochemical roots, which makes it difficult to treat them without affecting other critical functions in cells. Today, the most potent painkillers are opioids, including heroin, oxycodone, and hydrocodone. In addition to interrupting pain, they inhibit enzymes known as adenylyl cyclases (ACs) that convert cells’ energy currency, ATP, into a molecule involved in intracellular chemical communication known as cyclic AMP (cAMP). Chronic opioid use can make cells increase the activity of ACs to compensate, causing cAMP levels to skyrocket. When opioid users try to stop using, their cAMP levels remain high, and drugs that reduce those levels—like buprenorphine—have unwanted side effects.

A promising candidate for selectively reducing cAMP is one particular AC enzyme, known as AC1. Humans have 10 ACs, all of which convert ATP to cAMP. But they are expressed at different levels in different tissues, suggesting they serve disparate purposes. Over the last 15 years, experiments on mice without the gene for AC1 have shown they have reduced sensitivity to pain and fewer signs of opioid dependence. But the enzyme, along with its close relative AC8, also appears to be heavily involved in memory formation in a brain region known as the hippocampus.

That could be bad news for a possible medicine that blocks AC1, says Val Watts, a pharmacologist at Purdue University in West Lafayette, Indiana. But the potential good news, he says, is that other animal studies suggest that the memory-forming work of AC1 and AC8 is redundant. So if AC1 is blocked selectively, it’s likely to have only minimal effects on memory.

That has prompted scientists to try to selectively block AC1 while leaving AC8 untouched. In 2011, researchers led by Min Zhuo, a pain neuroscientist at the University of Toronto in Canada, reported that they found a druglike compound that was 10 times better at blocking AC1 than AC8. But it was still blocking some AC8.

Watts and his colleagues hoped to do better. They also knew that a plant compound known as forskolin seems to supercharge both enzymes, increasing their production of cAMP. Often drugs that increase an enzyme’s output can be chemically similar to those that decrease it,  because both typically interact with the same target site, just in different ways. So Watts and his colleagues decided to set up a chemical test to screen a small group of compounds similar to forskolin, in search of one that inhibits AC1 but not AC8.

That is just what they found, they report this month in Science Signaling. In cell-based studies, the compound, called ST034307, inhibits AC1 and reduces cAMP, while leaving AC8 unaffected. And when given to mice, it also reduces their sensitivity to pain.

“The data presented certainly are intriguing,” says Amy Newman, deputy scientific director of the National Institute on Drug Abuse’s Intramural Research Program in Baltimore, Maryland. Tens of thousands of people in the United States die every year because of opioid overdose. So the notion of painkillers that don’t affect opioid receptors “are always exciting possibilities,” she says.

Still, Watts notes, ST034307 isn’t likely to make a good medicine itself. The compound only seems to work when administered at relatively high doses. He says his team has already found a related AC1 inhibitor that appears to be more potent. But they’re still seeing whether it impacts pain and addiction in animals. From there it will still be a long road until it can be tested in humans. But in a field that’s working to save tens of thousands of lives a year, even strong preliminary results are welcome news.